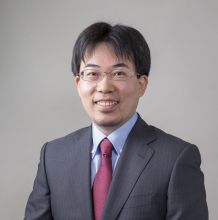 Voters often have stereotyped views toward men and women in politics. Women, for instance, are frequently typecast as being more liberal and having less leadership qualities than men. In order to survive electoral competition, therefore, female candidates may need to avoid conforming to their gender stereotypic image. Yet, we know little about whether and to what extent female candidates are rewarded or punished when they deviate from their gender stereotypic image. Using a conjoint survey experiment in Japan, we show that not only are female candidates disadvantaged in general compared to their male counterparts, but also that they suffer around a five percentage point penalty in support when they diverge from gender-based behavioral expectations. This suggests that female candidates face a difficult dilemma because avoiding such negative sanctions by playing their gender role may result in producing a potential for further gender-based prejudice against themselves.

Part of the Yale Project on Japan’s Politics and Diplomacy Series sponsored by the Japan Foundation Center for Global Partnership.

Yoshikuni Ono is a professor of Political Science at Tohoku University in Sendai, Japan. He completed his Ph.D. in political science at the University of Michigan, following his undergraduate and graduate study at the University of Tokyo. He is currently a visiting scholar in the political science department at the University of Wisconsin-Madison. His research focuses on the comparative study of political parties, legislative politics, and electoral behavior. Current research projects include studies on the effect of gender stereotypes on voter evaluation of candidates running for electoral office, the effect of foreign threats on parliamentary speeches in Japan, and a comparative study between Japan and the United States on the response styles to public opinion surveys among citizens. His work has appeared in American Journal of Political Science and Japanese Journal of Political Science.