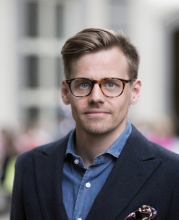 Lunch will be provided

Tokyo has recently decided to utilize foreign aid more strategically so as to make ‘Proactive Contributions to Peace and Security’ and align aid with what is identified as Japanese national interests: to protect an international order governed by rules and based on democracy, human rights and rule of law. Some scholars have even started to talk about Japan as a ‘Normative Power’—an actor with the ability to set what is considered ‘normal’ in international affairs. In this talk I make the case that Japan could be identified as a normative power with regards to framing the ‘rule of law’ (at sea) as legitimate and normal behavior, which has been facilitated by utilizing foreign aid strategically to claimants in the South China Sea dispute. Building on that claim, I seek to understand if said normative power could be applicable to other, non-security, realms of Japanese national interests—that of protecting democracy and human rights in Asia.

André Asplund specializes in Japanese foreign policy and diplomacy in East and Southeast Asia. He is particularly interested in how Japan’s normative ambitions of spreading human rights and democracy fits within its international relations with non-democratic and strategic partners in ASEAN. He is currently looking at Japanese foreign aid and EU free trade agreements with Vietnam—a nation of growing strategic importance for the two self-proclaimed “civilian powers”, EU and Japan. He has previously written on the process of institutionalizing human rights in Southeast Asia through the ASEAN Intergovernmental Commission on Human Rights and it’s something that he is still closely observing.